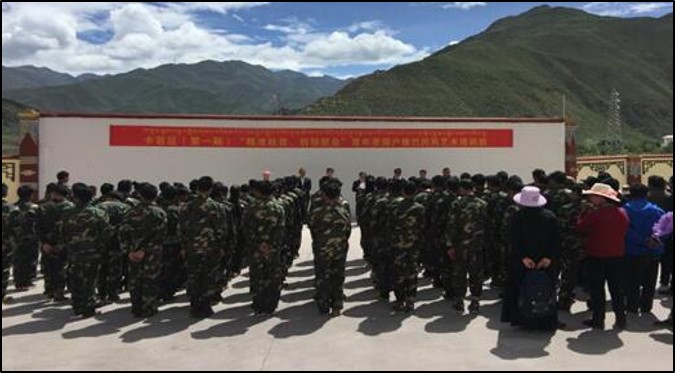 Dharamshala: Under the guise of alleviating poverty in the Tibet Autonomous Region (TAR), China introduces new policies coercing thousands of Tibetans in the region into mass labour through a militarised system, said a study authored by Adrian Zenz, an independent researcher specialising in Tibet and East Turkestan (Ch: Xinjiang).

His study has found that this militarised vocational training system is an attempt to practically suppress Tibetan culture and dilute Tibetan religion (negative influence of religion as the Chinese government considers) whereby the Tibetans are forced to hand over their lands and herds to government-run corporates while they are turned into wage labourers.

“The concept of using forced labor as a punishment is against the accepted international Human Rights principles embodied in many international instruments. International community has remained silent when Tibet was going through forced labor camps under the leadership of Chen Quanguo (TAR Party Secretary 2011-2016) emboldened China to carry out the same forced labor camp in Xinjiang (Uyghur Autonomous Region) under his leadership. Hell on Earth Policy (mass labor through a militarised system) again knocking Tibet’s door from 2019 till now. In this labor camp, Tibetans are losing culture, language, way of life, and even lives”, he said.

According to Zen’s report, such a centralised repressive policy of training and transfer of the ‘rural surplus labourers’ involves developing “a strict work discipline and Chinese language”. The process focuses on transferring the mass labourers to the set quotas once the initial training period of 7 months is completed. The policies identify the surplus labourers as ‘lazy people’ who must be eradicated through an intrusive military control and failing to oblige with the policies and failing to achieve quotas are met with strict punishments.

The study also tells that similar repressive policies were already tested in Tibet in the past which were then tested on Uyghurs and other ethnic minorities in East Turkestan (Ch: Xinjiang) and now once again it is reintroduced in Tibet in 2020.

Other findings of the study

As specified above, the militarised repressive policies already began in Tibet as early as 2005, whereby the TAR was running a small scale surplus labour training for the farmers in Lhasa. From 2006, for the 11th Five Year Plan, the system of mass labour training and the transfer was conducted throughout the TAR as cited in the report of the Chinese government. Soon in 2012, Chamdo adopted the system and by 2016, Chamdo had over 45 training centers, the study adds.

According to the policies action plan, by the year 2024, it estimates to have exceeded more than 60% of job placements following this military-style training.

The study reports that transferred labourers are assigned to low paid jobs in road construction, mining, cooking, and driving, etc.

The schemes of the policies have an abundance of resemblances to labour schemes of Xinjiang, both administered under the direction of Chen Quangou who first pioneered the system in Tibet and later adopted in Xinjiang where thousands of Uyghurs and other ethnic minorities are facing the crisis of mass detention and enforced labour camps. However, the study highlighted a few key points that make the policies in Tibet a bit different from the ones in Xinjiang.

Although the poverty alleviation policies in both Xinjiang and Tibet are targeted towards rural surplus labourers who are forced into obedience to follow the prescribed military means of transformation aimed toward vanquishing their cultural root and identity.

Another similarity between Xinjiang and Tibet adds the report is the use of similar terms such as “unified matching, unified organising, unified management, and unified transfer”. However, for the TAR region, it is reported that the labourers are not likely kept in a tight surveillance work environment as done with the Uygurs.

Even so, with differences in policies compared to Xinjiang, the nature of the training in TAR is still ‘coercive’.  The study found the use of grid system in TAR according to which, the communities are divided into sections of control, and data of individuals are recorded in military-style with a combat visualisation through the use of maps and charts.

Findings of Zen’s study also adds that the documents of the TAR region assert poverty alleviation as a ‘battlefield’ where a military-like structure needs to prevail in a work environment. There is a constant pressure within each administrative level to achieve the target within a stipulated time. Failing to complete the task on time has repercussions.

“The poverty alleviation and training process is therefore coupled with an all-out propaganda effort that aims to use “thought education” to “educate and guide the unemployed to change their closed, conservative, and traditional employment mindset”, said the report citing documents of Chamdo.

Since, the poverty alleviation program mandates the increasing use of military training system like the reformation of thoughts, reeducation, and teaching of Chinese language including the pressure to fulfill the allotted quotas, it is likely that the Tibetans face a much greater threat of a long term loss of cultural heritage and their identity, says the author. 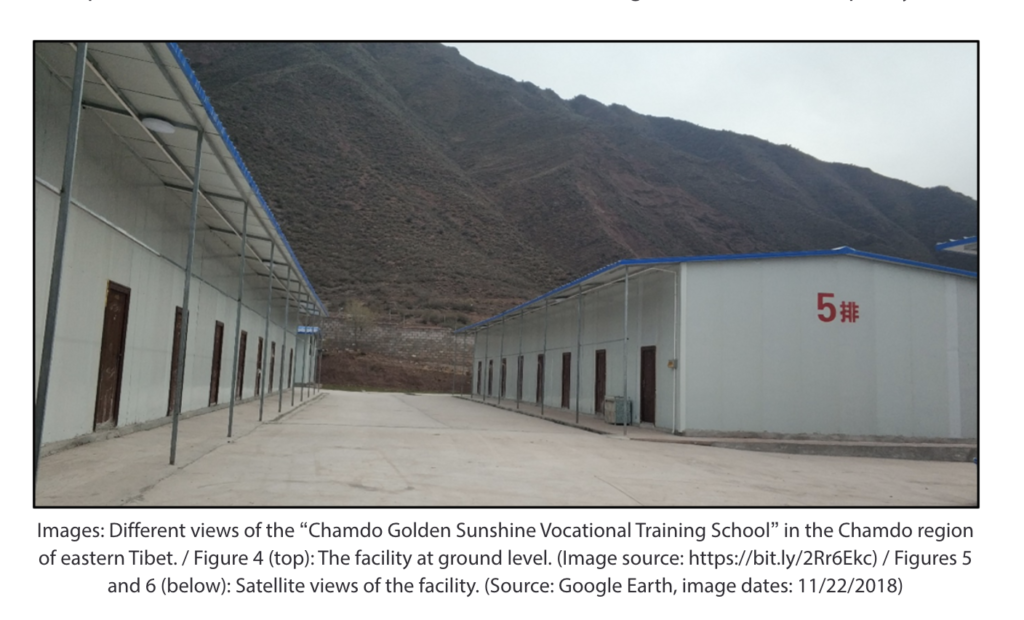