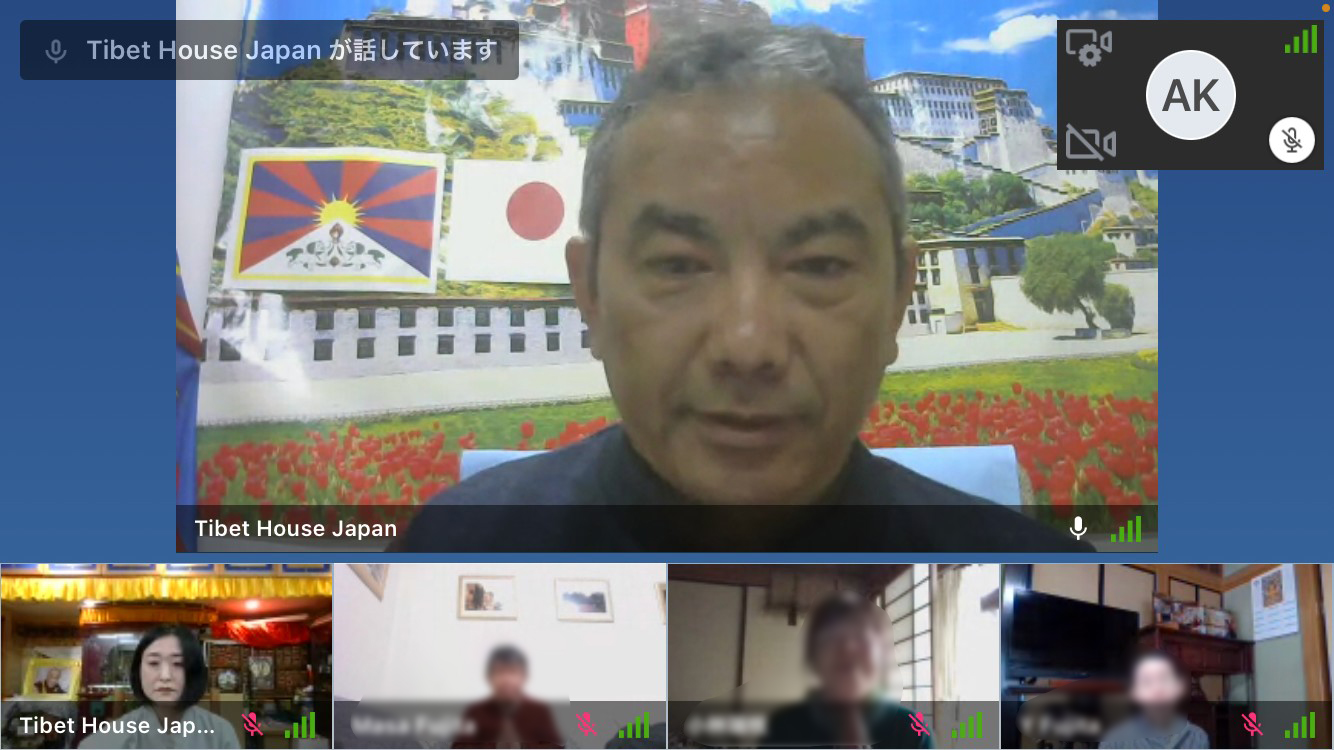 In his opening remark, Dr. Tsewang Gyalpo Arya, Representative of His Holiness the Dalai Lama in Japan, said the festival aims to introduce Tibet’s rich religious and cultural heritage and express profound gratitude to the government and people of Japan for their unwavering support for Tibet. He further stated that it also gives the Tibetans and Japanese an opportunity to share each other’s rich culture and thereby strengthen the spiritual and cultural bond.

The first day of the festival started with a talk on “History and Culture of Tibet” by Representative Dr. Arya. His speech also shared the importance of the SEE Learning: Social, Emotional, and Ethical Learning, which stressed the importance of ethics at all levels of education as a foundation for creating a more peaceful and compassionate world.

The next three days were talks and teachings on introduction to Buddhism by Geshe Dorji Damdul, Director of Tibet House, the Cultural Centre of His Holiness the Dalai Lama based in Delhi, India. Ven Geshe la’s teachings covered three topics:

Geshe Dorji Damdul started his talk by reciting Kyabdro (Refuge prayer), and the participants followed it by reciting the same in the Japanese language. All the participants actively participated in the three-day sessions. During the Q&A session, the participants raised questions about Buddhist practices and things related to their daily life, and Geshe-la answered satisfactorily. The participants described meditation and breathing practices as most helpful and requested the Tibet House to hold such a program in the future also.

On the festival’s last day, a demonstration of making Tibetan butter tea, Pag (roasted barley flour mixed with tea and butter), and Thentuk (noodles) were made. In addition, songs contributed online by Tibetan and Japanese artists were shared with the participants. Tsering Bawa from San Francisco; Loten Namling from Switzerland; Tenzin Chogyal from Australia; Noda Megumi from Tokyo; Kharag Penpa from South Korea; Tenzin Kunsang and Genyan Tenzin from Nagano delighted the viewers with traditional and modern Tibetan songs.

Filed by the Office of Tibet, Japan 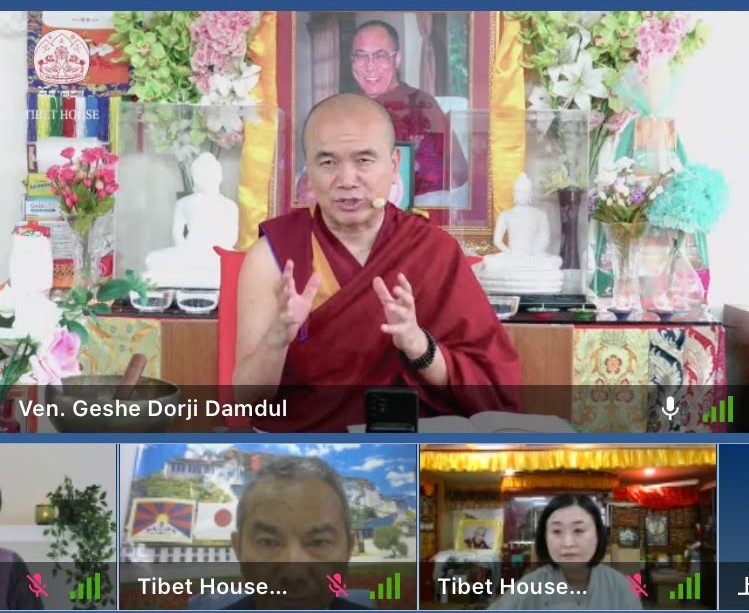 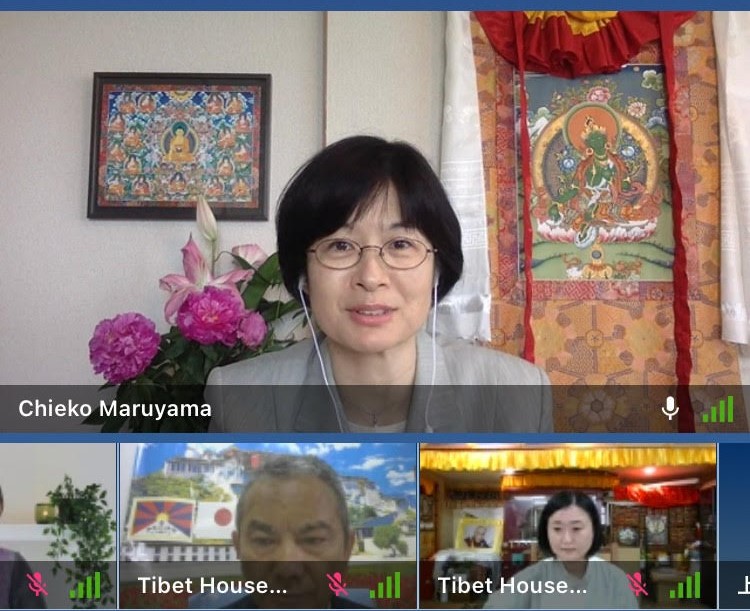 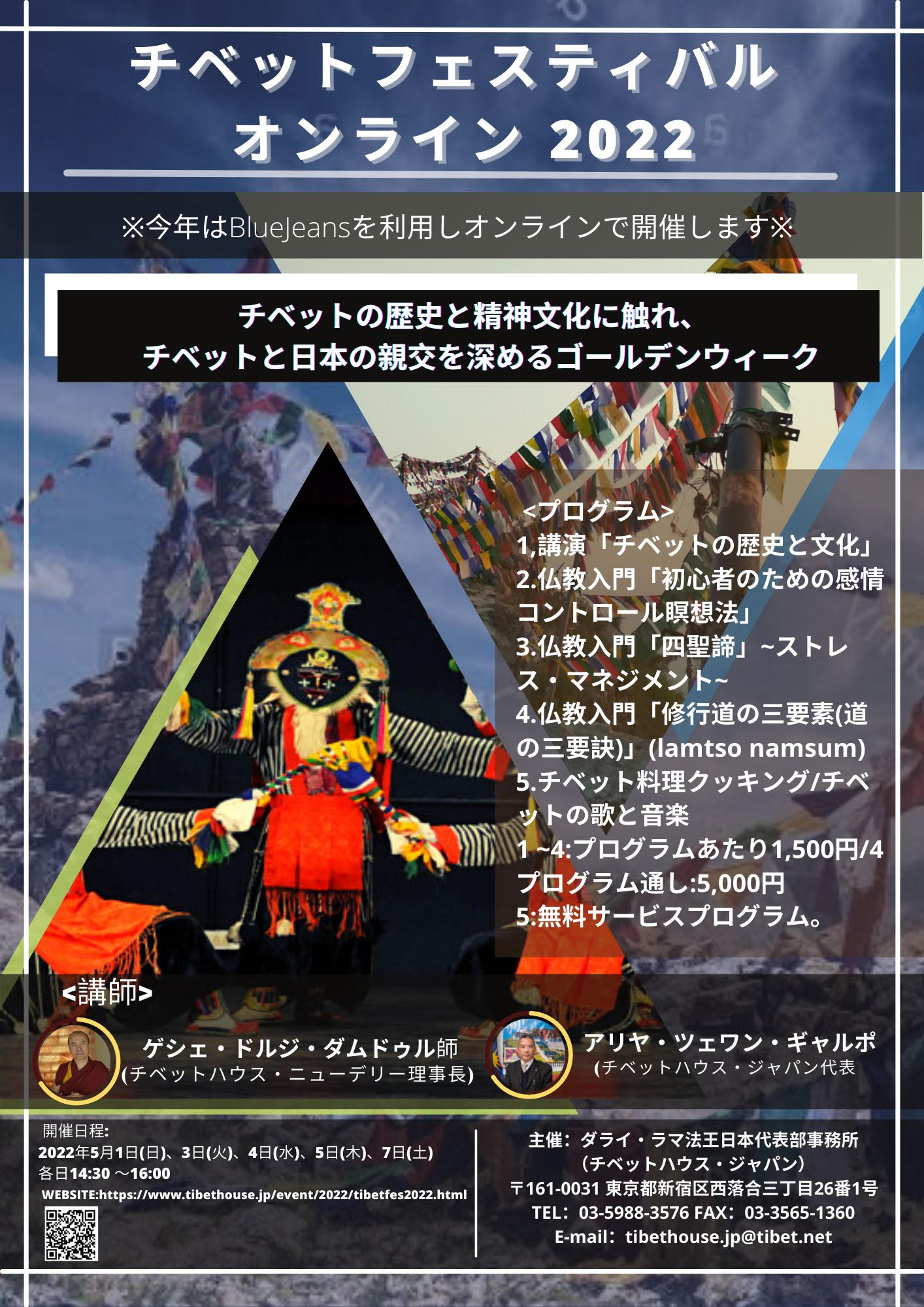