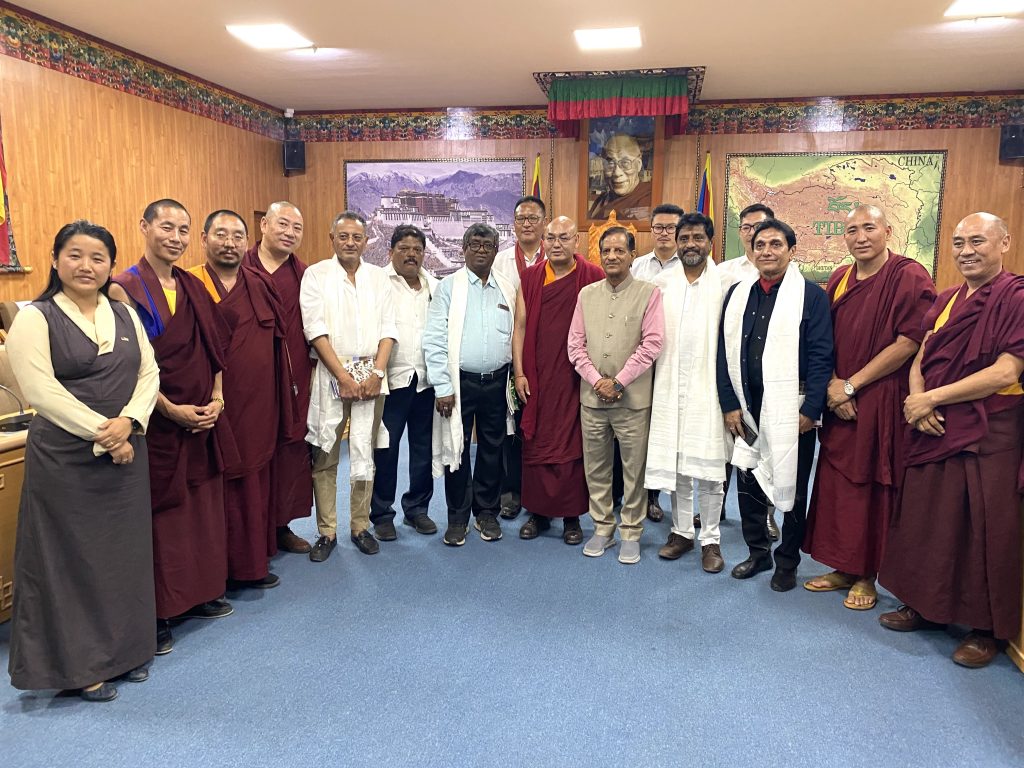 The Speaker further explained that the Tibetan Parliament is a unicameral system without any political parties holding two sessions in a year where the Parliament members stand individually depending on the issue discussed at the Parliament. Likewise, he urged Indian lawmakers to stand up against the human rights violation inside Tibet while explaining how the Central Tibetan Administration strives to resolve the issue of Tibet and advocates for the Tibetans living inside Tibet.

Finally, the Speaker explained the books which were presented to the Indian MPs and once again thanked them for visiting the Tibetan Parliament-in-Exile.

Thereafter, Shri Kishan Kapoor, MP (Lok Sabha), while speaking at the gathering expressed his joy in visiting the TPiE and appreciated the meeting of Indian and Tibetan MPs stating that the friendship between the Tibetan community and Indian community is setting an example for the rest of the world to follow. The MP also said that His Holiness the Dalai Lama who spread the message of peace around the globe should be honored with Bharat Ratna, India’s highest civilian award.

Speaking on the security of India, Shri Kishan Kapoor explained how the issue of Tibet is key to the conflicts happening at the border and urged the Indian MPs to extend their support for the Tibetan cause.

Thereafter, the Indian MPs partook in an interactive session with the Tibetan MPs before touring the Parliament Hall. 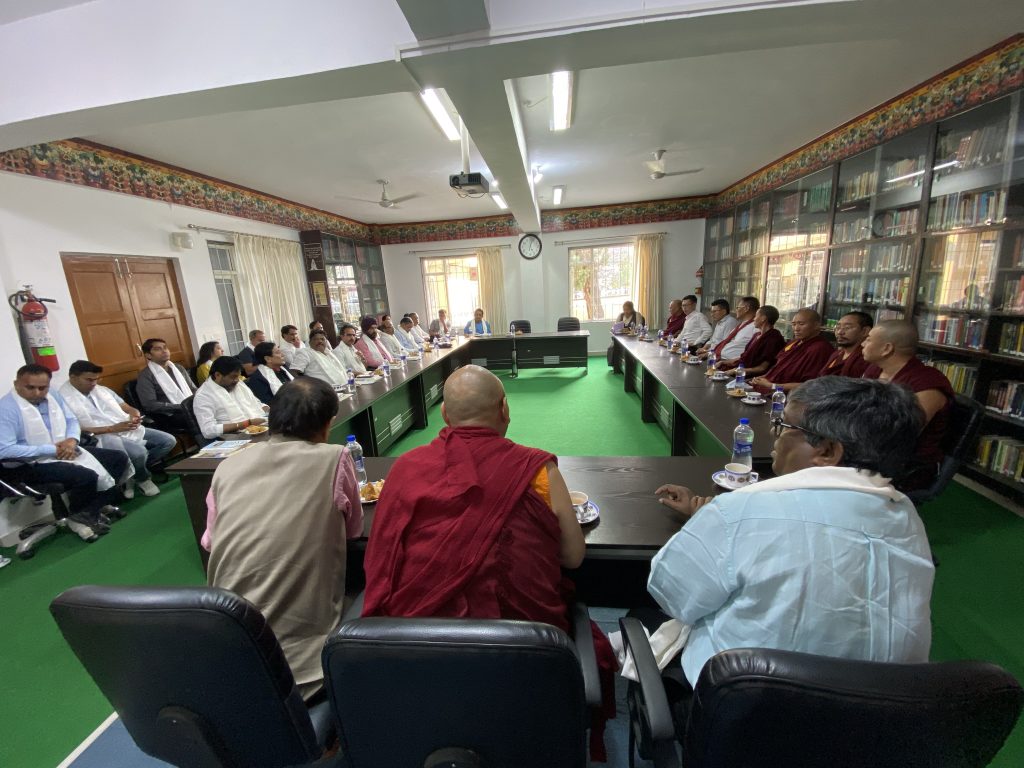 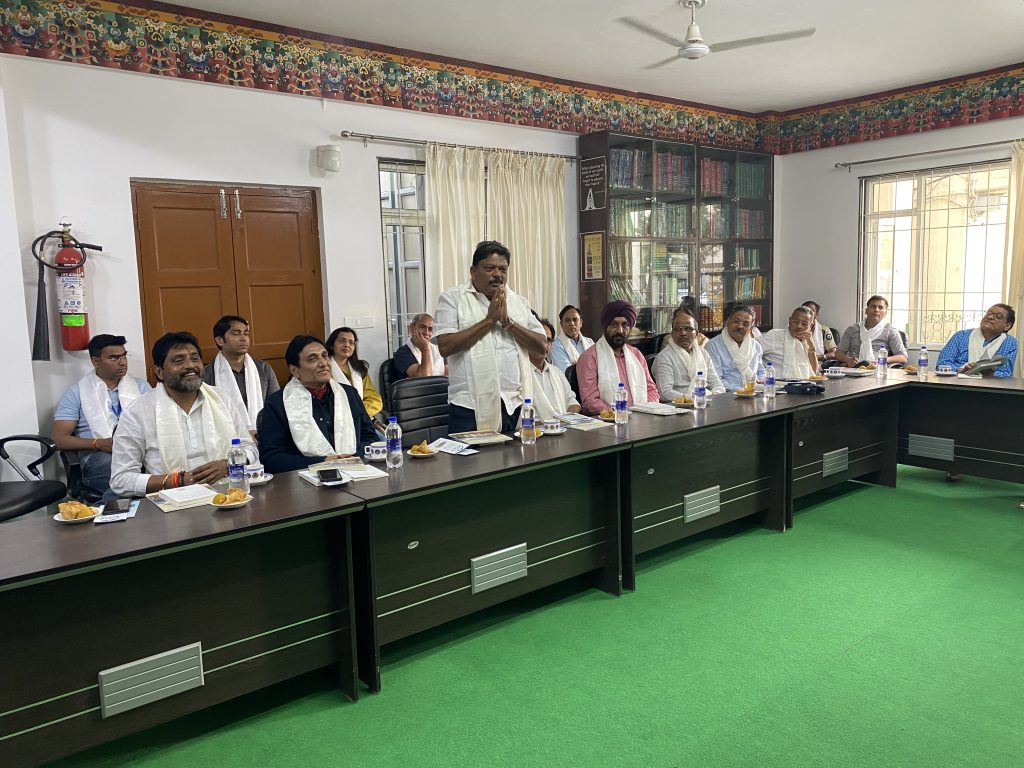 A member of the delegation of the Indian Parliamentary Standing Committee on energy introducing to the Tibetan MPs. 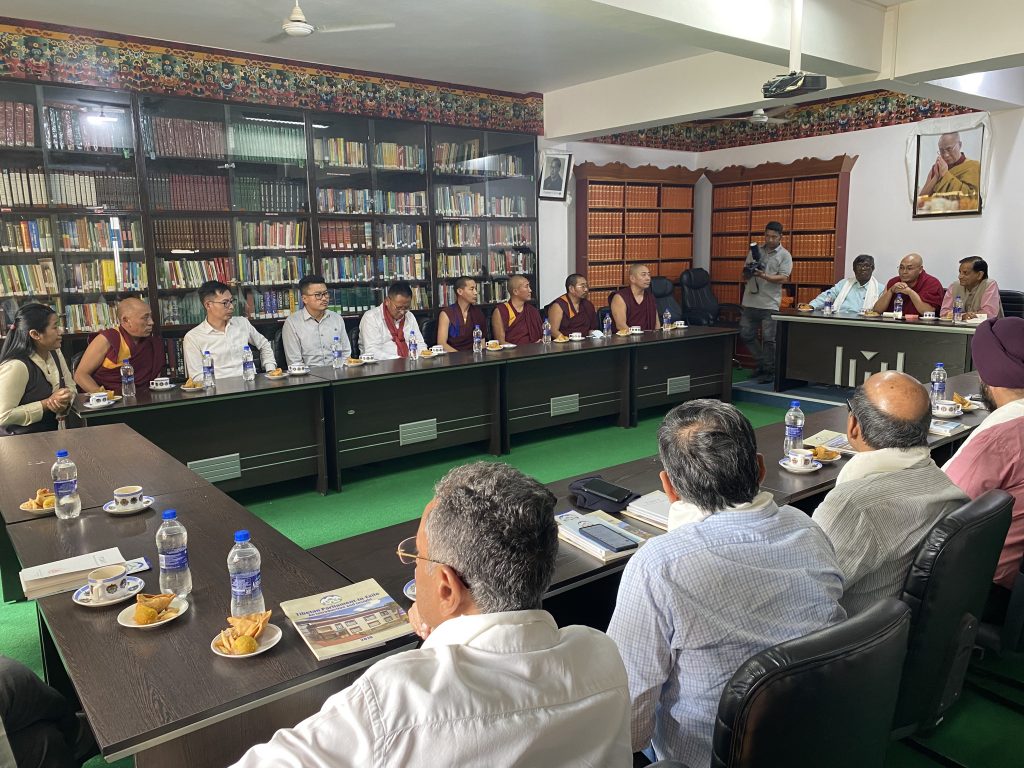