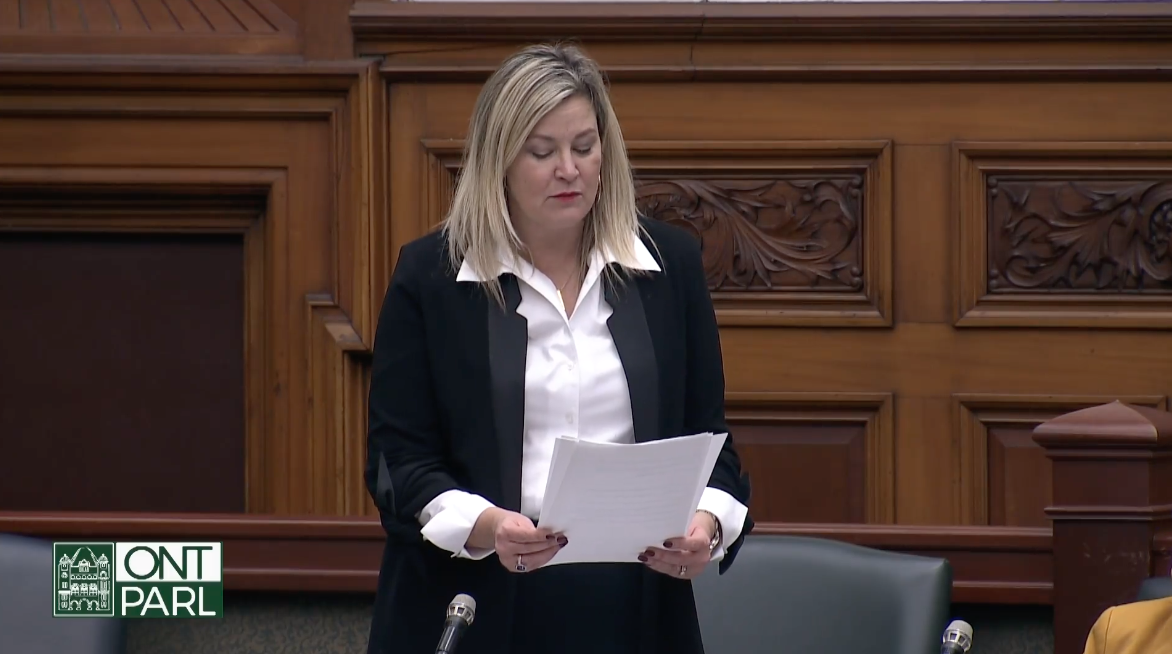 Ontario: MPP of  Etobicoke—Lakeshore, Christine Hogarth on 10 December addressed the Ontario Parliament on the 30th anniversary of the conferment of the Nobel peace prize on His Holiness the Dalai Lama, urging all the members of parliament to support the cause of restoring peace and human rights in Tibet.

The MPP said, “Today, I rise in recognition of the Tibetan-Candian community as they mark a special anniversary. Thirty years ago today, His Holiness the Dalai Lama was awarded the Nobel Peace Prize for his work in advocating for the independence of Tibet from China in a nonviolent manner.”

“The Dalai Lama has worked tirelessly for the restoration of peace and human rights in Tibet. When the Nobel prize committee chose the Dalai Lama, it emphasised that He based His Buddhist peace philosophy on reverence for all living things and the idea of a universal responsibility that embraces both man and nature.”

The MPP hailed the Tibetan-Canadian community as “a strong and vibrant community” and said she was honoured that her riding of the Etobicoke-Lakeshore is home to the Tibetan cultural centre, one of the largest in Canada. “I always look forward to attending events at the centre so I can see first hand the work they do with keeping the Tibetan culture alive in Ontario and Canada.”

She concluded her address, urging “all members to take the time to meet the Tibetan-Canadian and listen to their suggestions on what we can do to restore peace and human rights in Tibet.”

She also congratulated and commended “the member for Parkdale- High Park, one of the first persons of Tibetan descent ever elected to public office in North America for the work she is doing to raise the profile of the Tibetan-Canadian community here in Queen’s Park.”