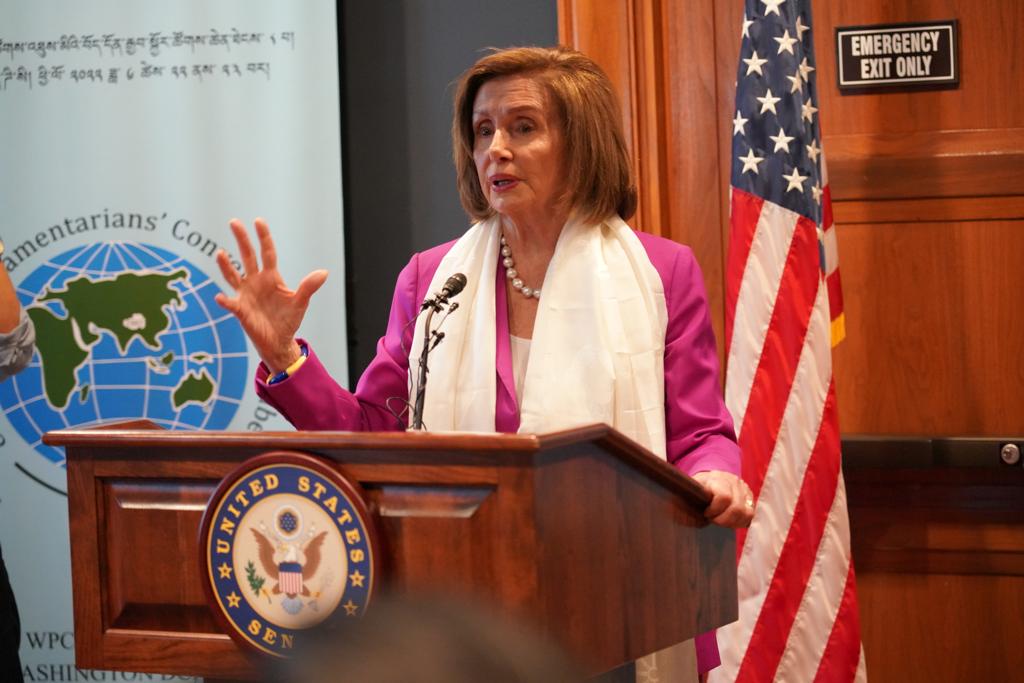 Speaker of the Tibetan Parliament delivered the introductory remarks underlining the key objectives of hosting this year’s convention which is to bring all the like-minded decision-makers on one platform and actively engage them in taking a proactive role in matters concerning human rights violation and religious repression in Tibet, to solicit joint support in the resumption of dialogue between the representatives of His Holiness the Dalai Lama and the People’s Republic of China, for a negotiated solution on Sino-Tibet conflict.

“To date, we have had seven World Parliamentarians’ Conventions on Tibet (WPCT) in various countries. All the WPCTs had been possible with the co-host of Parliamentary Tibet Support groups of those countries. The 3rd WPCT was held in Washington DC in 1997 with strong support from Late Congressman Benjamin Gilman and his team including Honourable incumbent Speaker, Nancy Pelosi. Likewise, this convention is possible with the unflinching support from Honourable Speaker Nancy Pelosi, Honourable US Representative Jim McGovern, and many other friends in the US Congress who are friends of His Holiness and Tibet. Without their support, this convention could not have been possible within a very short period of time” Speaker noted.

Condemning the ongoing repression inside Tibet with respect to the basic rights of Tibetans and religious freedom, Speaker said the PRC intended to not only control Tibet’s territory but also have control over the minds of Tibetans by capturing the institution of the Dalai Lama for their political interest.

“We reject in the strongest word and we want the free world to follow suit. The space for the Tibetans to protect, preserve and practice Tibetan Buddhist culture and identity is shrinking severely. Since 2009, 157 known cases of Tibetans from every sector of life have set themselves on fire in one of the biggest political protests in human history, yet instead of addressing the causes of this desperation, PRC has strengthened the very wrong policies that caused it. In a nutshell, Tibetans in Tibet continue to face political repression, cultural and social exclusion, economic and educational marginalization, and massive environmental destruction” he said and further affirmed the commitment of the Tibetan parliament to resolving Sino-Tibet conflict through the Middle Way Policy.

Speaker concluded his address by thanking the unwavering parliamentary support received till now in the forms of law and enforcement.

“My speech would not be complete if the Tibetan Parliament-in-Exile and I fail to show our solidarity with the people of Ukraine who are suffering under the invasion. Since Tibet has gone through it, we can relate to the appalling situation there. His Holiness the Dalai Lama endorses engaging in dialogue rather than war and bloodshed to solve the differences. We Tibetans firmly believe that no one can get happiness by giving pain and grief to others. We pray for this war to end at the earliest and may this world be a better place for all to live in peace and harmony” the Speaker concluded.

Following Speaker’s address, a video message from His Holiness the Dalai Lama was telecast wherein he thanked the participants for their solidarity with the just cause of Tibet stating that their support indicates their compassion and faith one that is not induced by political interest.

“These issues don’t just concern Tibet. The whole world naturally seeks peace, and peace is rooted in having a good heart. This is true of all mammals, whose mothers take care of them with love and affection right from the moment they’re born. We all survive because our mothers nurture us with love and breastmilk. Like everyone else, Tibetans are human beings raised on the basis of our mother’s love and affection” added His Holiness. while he urged for a consolidated effort of gathering in the advancement of values of Tibetan culture.

Addressing the large turnout of participants from various countries, Speaker Nancy Pelosi remarked their presence symbolised a show of power and support for truth and compassion that Tibet stands for.

Reviewing large-scale human rights assaults in Tibet, Speaker Pelosi contended the world has a moral duty to speak out with one voice against Beijing’s abuses and stand up for the Tibetan people while she applauded the participants for their effort to advance autonomy for Tibet.

“We know the truth and we cannot allow the government of China to weaponize the self-serving false narrative on Tibet’s history as means to deny Tibetans the right to fully embrace their cultural identity. It is important that we place diplomacy at the centre of our strategy for resolving the legal status of Tibet”, added Speaker Pelosi. As such, she informed of a new action plan to have Congressman Jim McGovern introduce the promotion of a resolution on Tibet-China Conflict Act, a new edition of bipartisan legislation that would state clearly the history of Tibet and encourage a peaceful resolution to the ultimate status of Tibet including the exclusive right of His Holiness’ reincarnation to himself and the Tibetan people. Under Chair McGovern’s leadership, the Congressional-Executive Commission on China (CECC) will hold a hearing titled ‘Tibet barriers to settling an unresolved conflict’ tomorrow.

Speaker concluded her address with a strong affirmation of the US’s continued support for Tibet so long China continues to destroy  Tibetan history and Tibetans’ way of life.

Following Speaker Pelosi’s remarks a screening of a documentary titled ‘Democracy: the gift of His Holiness the 14th Dalai Lama to Tibet’ was screened marking the commencement of the two-day sessions.

This year’s convention, organized by the Tibetan Parliament-in-Exile, is in continuation of the previous seven sessions of WPCT aimed to strengthen and coordinate support by parliamentarians from different countries to resolve the Tibet issue. The first WPCT was held in New Delhi (1994) honouring the foundational role India has played in the survival of the Tibetan identity after the Chinese invasion and occupation of Tibet. Subsequent conventions have been held in Vilnius, Lithuania (1995); Washington D.C.USA (1997); Edinburgh, Scotland (U.K.) (2005); Rome, Italy (2009); Ottawa, Canada (2012); and Riga, Latvia (2019).

The main objectives of holding the World Parliamentarians’ Convention on Tibet are for parliamentarians to take a leading role in the international area on the question of survival of the Tibetan identity and its rich cultural heritage which has the potential to contribute to a more peaceful world. Likewise, parliamentarians to join the world leaders in expressing concern over human rights violations and religious repression in Tibet and consider initiatives in their respective countries to support an early resumption of dialogue between the representatives of His Holiness the Dalai Lama and the People’s Republic of China, for a negotiated solution on Tibet. 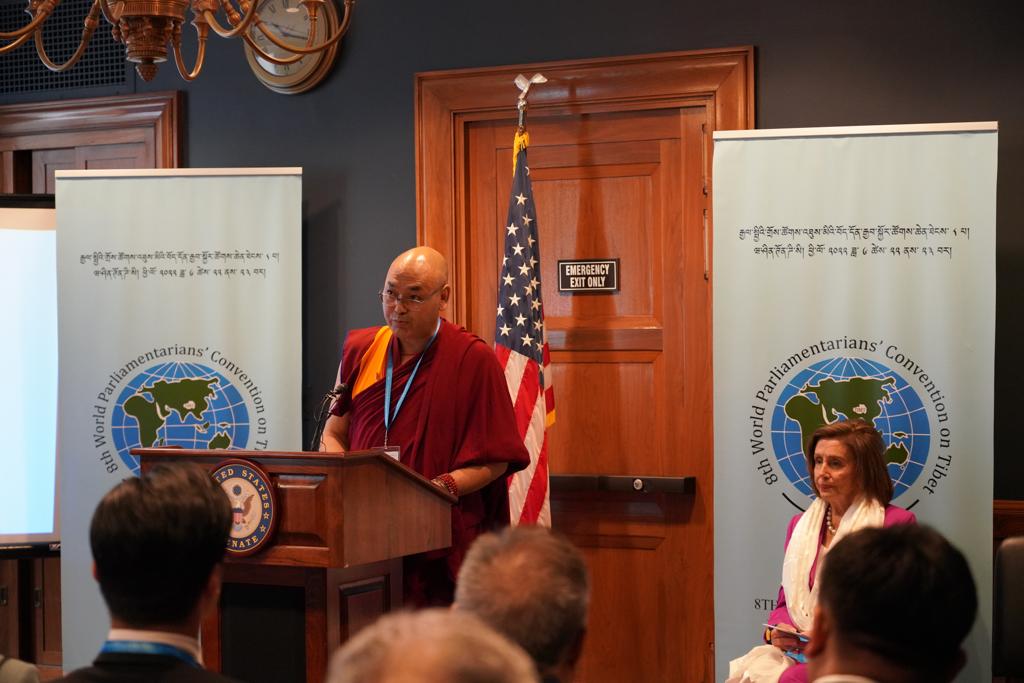 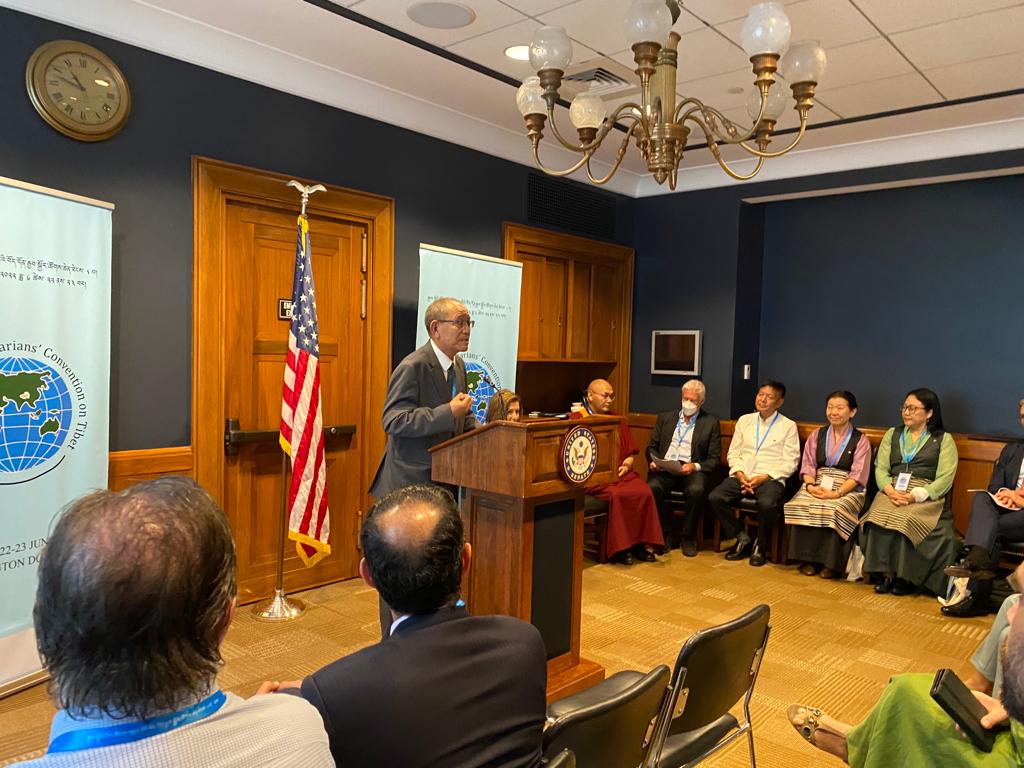 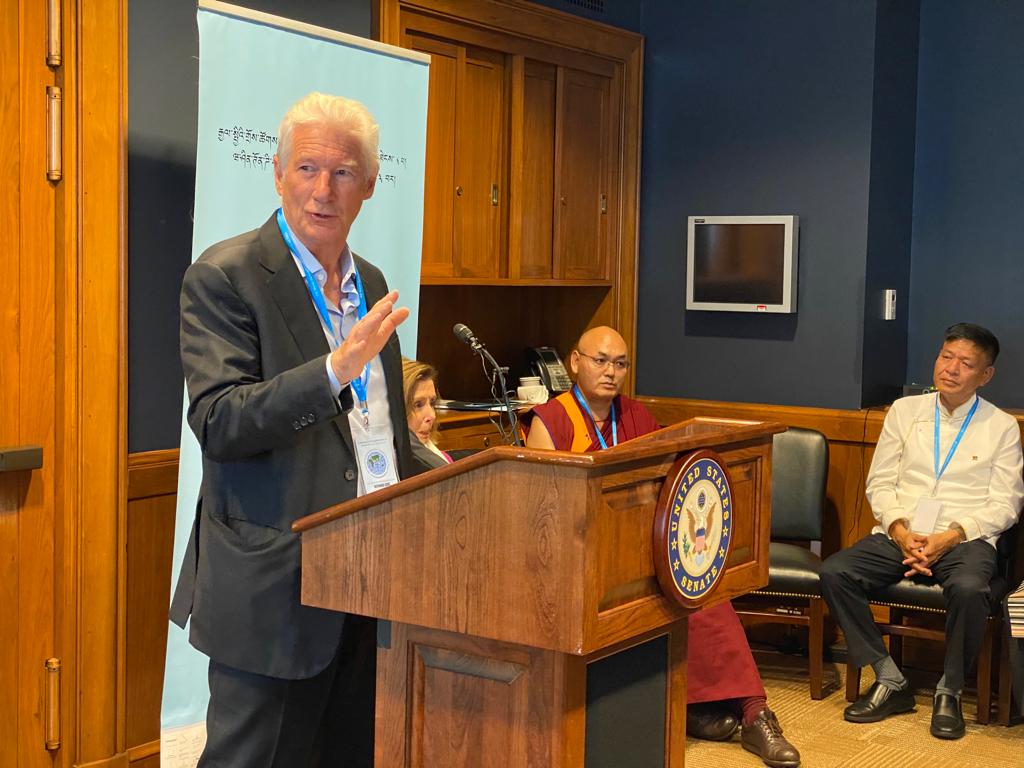 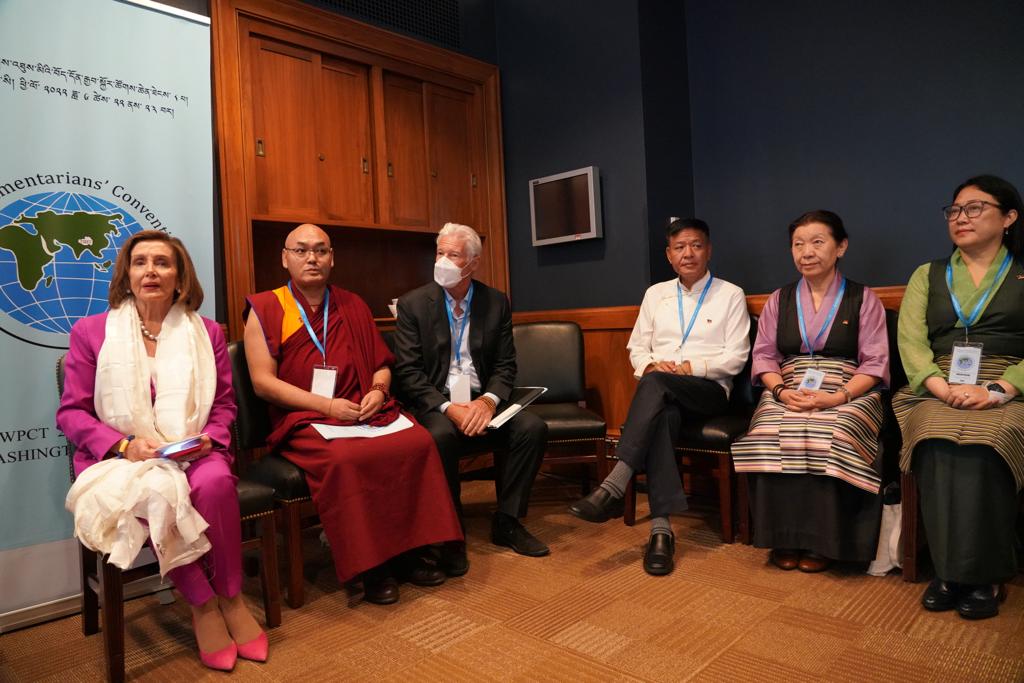 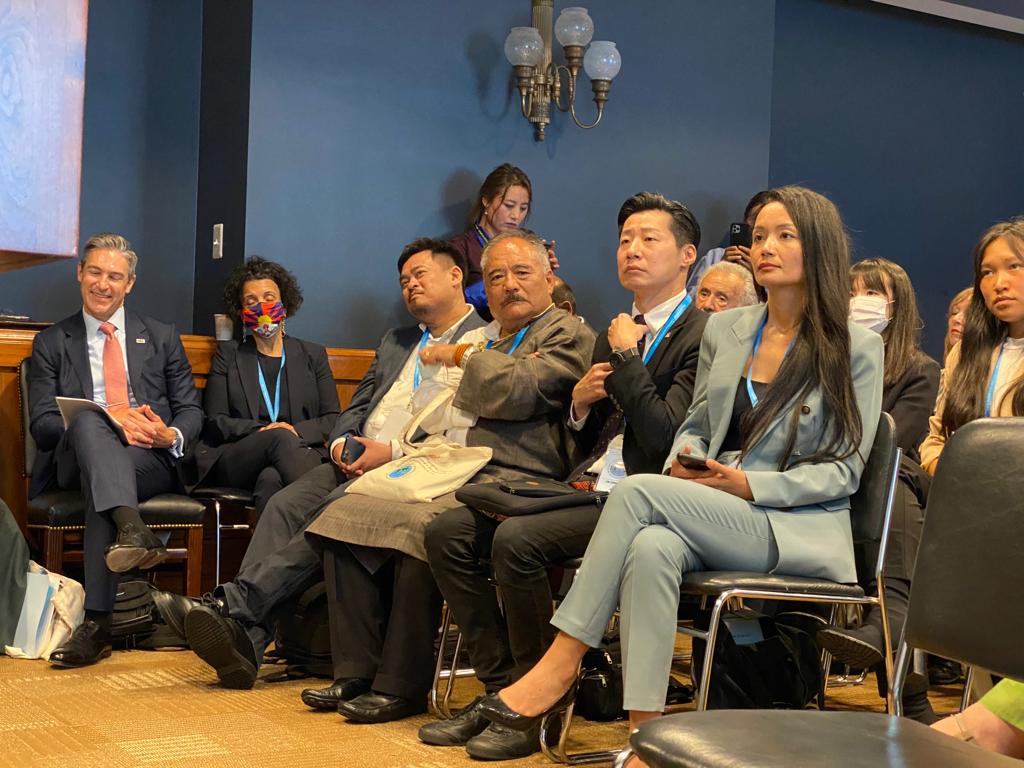 Participating Parliamentarians from around the world at 8th WPCT.