Today marks the fortieth year since a new Tibetan democratic system, founded on the marriage of spiritual and secular values, was inducted into the exile Tibetan community. On this very auspicious occasion, I, on behalf of the Central Tibetan Administration, would like to extend my greetings to the Tibetan people, both in and outside Tibet.

Democracy is the most highly treasured form of government for people all over the world. In the case of Tibetans, His Holiness the Dalai Lama believes that the short and long-term happiness of people can be built only on the firm foundation of democracy. Therefore, he insistently thrust this system on the Tibetan people, although not a single voice had ever been raised for it. Over the years, His Holiness the Dalai Lama has taken a number of far-reaching initiatives, including the promulgation of a democratic constitution for future Tibet and the Charter for Tibetans in Exile, to nurture the growth of democracy in our society.

As a result of his initiatives, the exile population elects members of the Assembly of Tibetan People’s Deputies on the basis of universal adult suffrage. The Twelfth Assembly composed of deputies from all the three provinces of Tibet as well as the four schools of Tibetan Buddhism and Bon religions in office at the moment. The Assembly, as provisioned by the Charter of Tibetans in Exile, is one of the most important and powerful institutions of the exile Tibetan community. It has the full power to make laws for the exile Tibetan Administration. The Assembly controls Administration’s budget and formulate its policies. It elects the members of the Kashag, the apex executive body, and approves the appointment of Justice Commissioners of the Tibetan Supreme Justice Commission, the highest judiciary body. The Assembly is also empowered to keep an eye on the government’s actions and take it to task for any shortcomings.

Therefore, it is of utmost importance for all of us to ensure that the people we elect to the Assembly are learned, able, dedicated, honest and unfettered by regional prejudices. Only such people will be able to commit themselves wholeheartedly to the cause of the Tibetan community as a whole. On the other hand, if we put up people who are preoccupied with personal and regional prejudices and work as the tool of vested interest groups rather than the common interests of the Tibetan people, our national cause will suffer. Now, whether we get a good Assembly or not depends on how each and every voter exercises his/her suffrage.

We are fast approaching the time when the Twelfth Assembly completes its five-year term of office and fresh elections are called for the Thirteenth Assembly of Tibetan People’s Deputies. I request all the voters to seriously start looking out for candidates who possess the qualities I mentioned earlier. If any voter thinks that he or she does not know such candidates, it may be a good idea to have discussions with other people. However, it is important to reserve the final judgement to oneself.

It seems that quite a number of our people do not take interest in getting themselves registered as voters or in casting ballots either at the preliminary round or at the final round of election. They seem to believe that their time is better spent on pursuing the day-to-day business of earning livelihood. This is a huge mistake and amounts to shirking one’s duty to the nation and people. This constitutes a violation of the trust and faith His Holiness the Dalai Lama has placed on us. Every Tibetan adult has been given the right to vote, and every one must exercise this right. Heads of monasteries, schools, local communities and non-governmental organizations have a responsibility to advice the people on the importance of exercising voting rights and ensuring the election of candidates who have the inclination and ability to contribute to the common well-being of Tibet.

Particularly, at a time like this, when the situation in Tibet is so critical, it is all the more important that we have an Assembly whose members are learned, dedicated and able to represent the aspirations of the Tibetan people and provide leadership in our struggle for freedom.

The Chinese government’s propaganda machinery is making huge efforts to deceive the world into believing that Tibetans since the liberation of Tibet have become the masters of their own destiny, enjoying happiness and fruits of earth-shaking development. Just recently, China published a White Paper, claiming to have developed Tibetan culture, religion and economy. This is, of course, a preposterous claim for the government, whose leaders, from Mao Zedong downwards, have regarded religion as a poison and unleashed three rounds of Cultural Revolution in Tibet.

Then, in 1996, the Chinese authorities started the ‘Patriotic Education’ campaign in Tibetan monasteries and nunneries to stamp out the Tibetan people’s national identity and freedom of worship. This heralded the start of the Third Cultural Revolution. Under this campaign, the authorities have fixed an age-limit for monks and nuns wishing to join monasteries and nunneries. The photos of His Holiness the Dalai Lama are banned. Throughout Tibet, Patriotic Work Units force monks and nuns to denounce the Panchen Lama, recognized by His Holiness the Dalai Lama, as an impostor and accept the one selected by the Chinese government as genuine. Monks and nuns are asked to ‘love the nation and religion’, accept Tibet as part of China, and blame His Holiness the Dalai Lama and his followers for undermining the stability and development of Tibet. Every monk and nun is coerced to sign a document to this effect. Thousands of monks and nuns have been expelled from their monasteries and nunneries, and imprisoned for daring to resist these diktats.

Similarly, learned Tibetan lamas, enjoying the respect of people, are subjected to politically motivated charges and imprisoned to prevent them from performing their spiritual duties. Schools opened in Tibet by Tibetan nationalists living in Tibet and outside were either forced to close down or confiscated altogether.

Towards the end of last year, representatives of several Tibet Autonomous Region (TAR) government departments, including the Public Security Bureau and State Security Bureau, held a meeting in Chengdu. The recommendations of this meeting, as communicated to Beijing by Chen Kuiyuan, TAR Party Secretary, advocated the following actions amongst others:

High-profile campaigns to wipe out Tibetan religion and culture started three years before this meeting when the ‘Patriotic Education’ was introduced in 1996. Since then the number of campaigns and their ferocity have increased progressively. One of the recent documents issued by the Chinese government decreed four prohibitions:

This year Tibetan cadres, government employees, students, workers and retired pensioners were ordered against visiting and circumambulating religious places, possessing religious altars at home, putting up prayer flags, and participation in incense-offering rituals. They were also ordered to recall their children from schools in India and monasteries/nunneries in Tibet. In addition, a public announcement was issued against observance of the Saka Dawa month, the triple anniversary of the birth, enlightenment and passing away of the Buddha, in June, and His Holiness the Dalai Lama’s birthday on 6 July this year. An array of penalties was announced for non-compliance with this injunction. The penalties include confiscation of residential permits, and demotion or loss of jobs/retirement pensions.

On the positive side, however, the international support for the Tibetan people’s struggle is increasing and becoming more pronounced with the passage of each year. This is, no doubt, due to the indefatigable efforts of His Holiness the Dalai Lama and unshakeable courage and determination of the Tibetans in Tibet. The increasing international support has succeeded in derailing some of China’s insidious designs on Tibet. One example of this is the World Bank’s decision to cancel the loan of $40 million for China’s project to relocate 58,000 Chinese settlers in the Tibetan area of Tulan. I would like to take this opportunity to thank all those who were involved in the campaign against this project.

In this connection, I would like to mention the European Parliament’s 5-July-2000 resolution on Tibet. This resolution had a number of clauses in support of the Tibetan issue. Amongst others, the resolution calls on ‘the governments of the Member States to seriously take into consideration the possibility of recognizing the Tibetan government in exile as the legitimate representative of Tibet if, within three years, the Beijing authorities and the Tibetan government in exile have not, through negotiations organized under the aegis of the Secretary-General of the United Nations, signed an agreement on a new Statute for Tibet’.

We should, thus, have no doubts about international support if we, the Tibetan Administration and people, are able to launch systematic campaigns from our side. The Tibetan people have so far undertaken a great many campaigns of far-reaching significance. But in view of the prevailing situation inside Tibet, particularly the increasing threat to our religion, culture and language, I would appeal to the Tibetan organizations and people, international Parliamentary Groups for Tibet and Tibet Support Groups to redouble their efforts to end the suffering of the Tibetan people.

Finally, I pray for the long life of His Holiness the Dalai Lama and spontaneous fulfilment of his wishes. 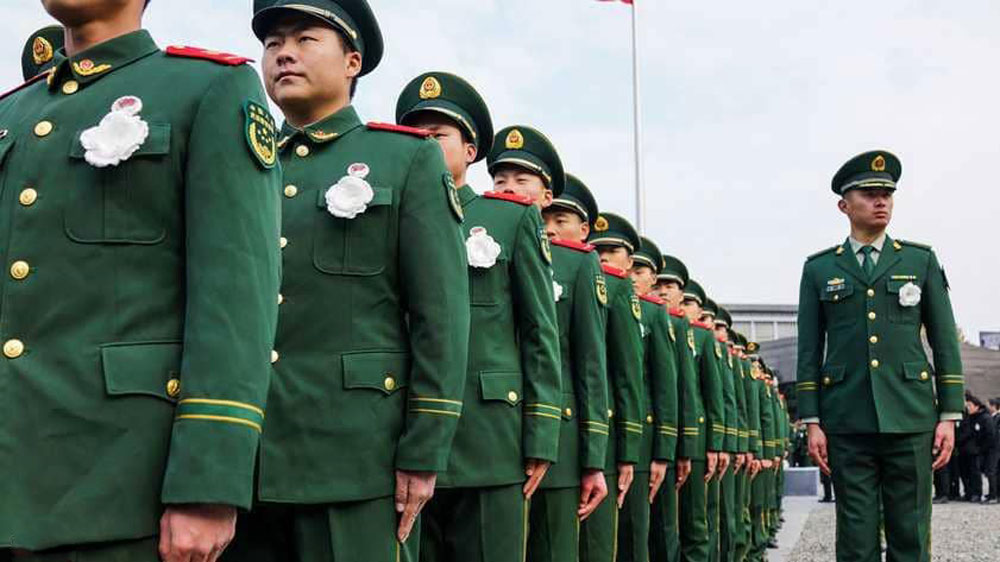 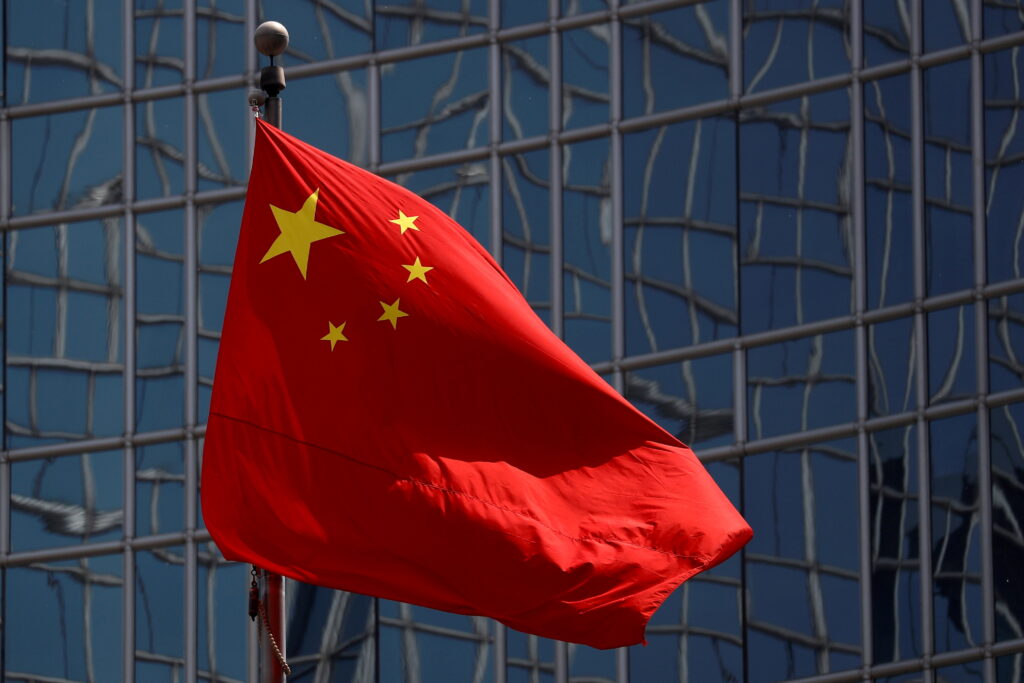