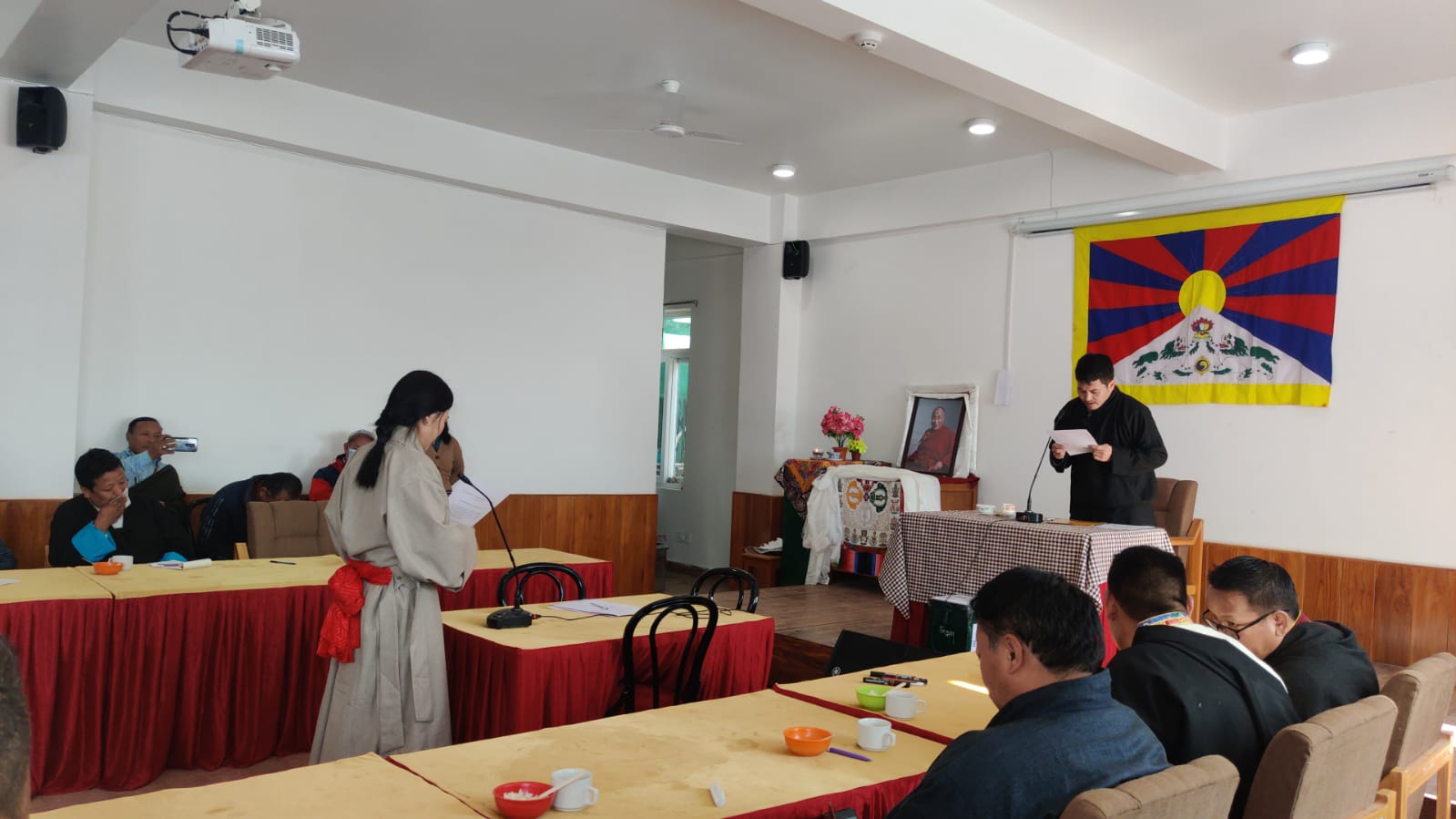 The swearing in ceremony in progress.

Dharamshala: The newly elected members of the 11th Local Tibetan Assembly, Dharamsala was sworn on 21 November, 2022.

Among them, Dawa Tsering was elected as Chair and Lobsang Tsering elected as Vice Chair.