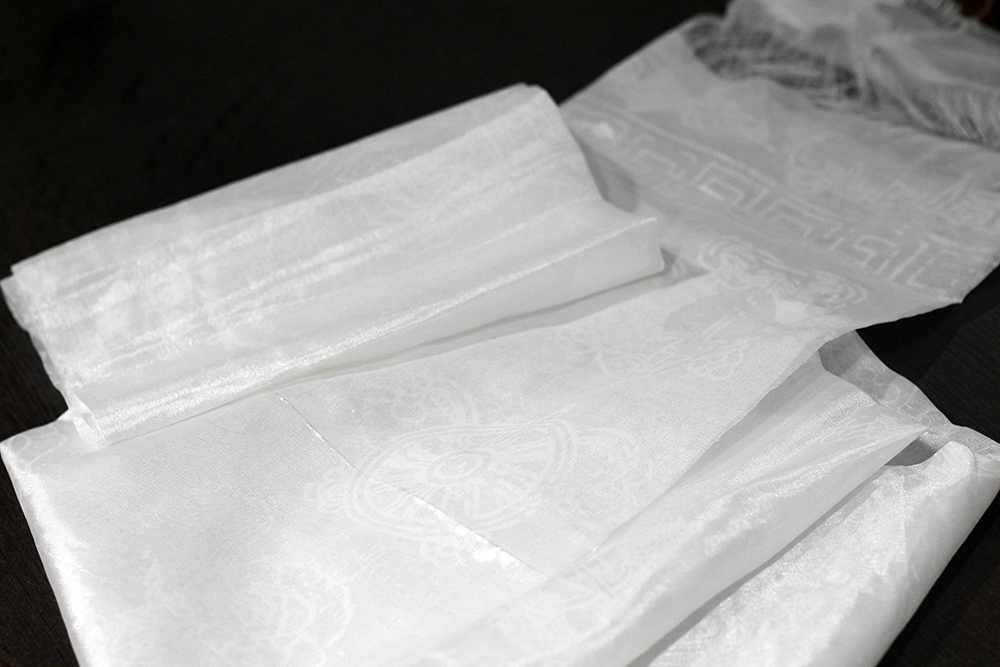 I was at the office and thought to listen to His Holiness’ public talk going live on Facebook. Going through the live feed, I watched His Holiness present a traditional white scarf to Remigijus Šimašius, Mayor of Vilnius after he offered a framed picture of Tibet Square nameplate to His Holiness. While presenting the Tibetan white scarf His Holiness said, “I want to explain the significance of this scarf. I usually describe the colour white meaning warm-heartedness, honest and true. The smooth texture of the scarf represents your non-violent behavior. If possible try to help others, if not at least don’t harm them.” 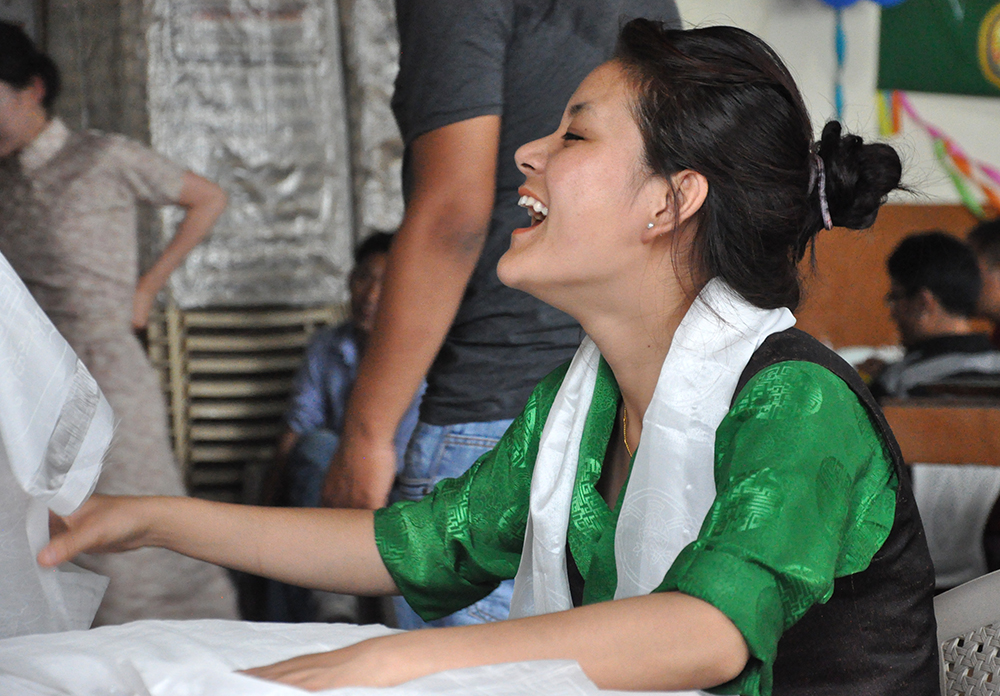 He further added that the tradition originated from India. In ancient times, when a guest arrives they lay down turbans to greet. In Tibetan, it says, ‘May whoever is given this be happy night and day’. This kind of gift was first offered in India and has been adopted in Tibet. Since the silk of the scarf originates from China, the gift reflects a sense of harmony between India, Tibet, and China.

Khata (ཁ་བཏགས) is a Tibetan word. It is a traditional ceremonial scarf and presented in following ways: 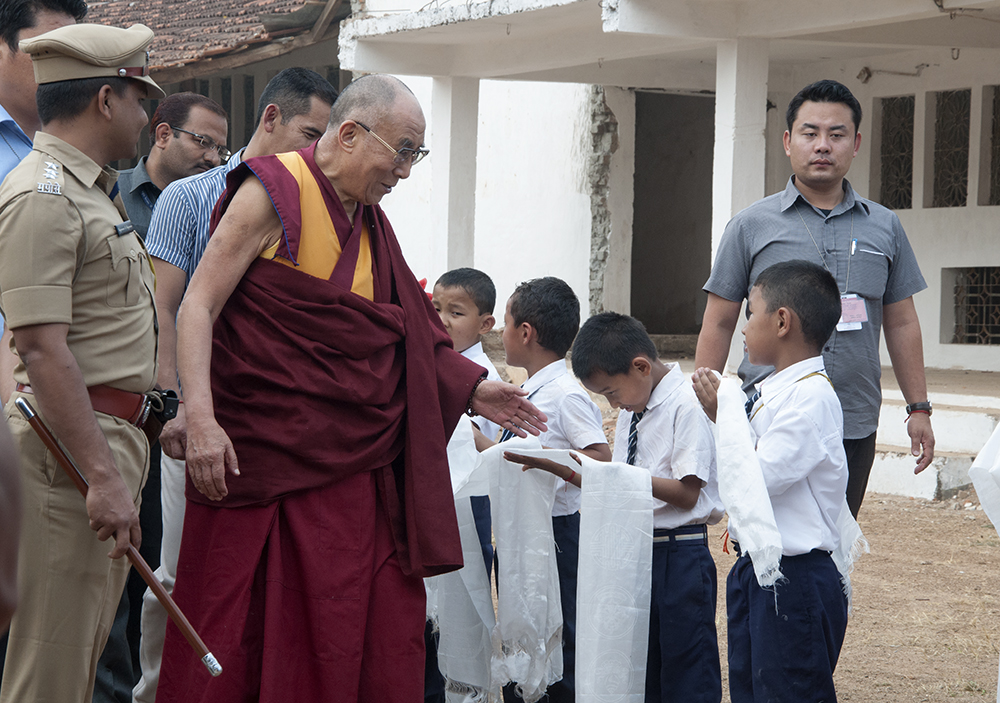 For holy sites, honoured monks, teachers, dignitaries and elders, the scarf is given with folded hands near your forehead, with a humble bow before them, with head bent over and palms joined in respect. You never put the Khata over their neck in this situation. In most cases, the giver will receive his or her Khata back from the given, as a token of blessing back to them, especially when you visit high lamas and teachers. It is custom to put Khatas over statues, thangka painting, pictures of reincarnated Rinpoches and altar spaces. 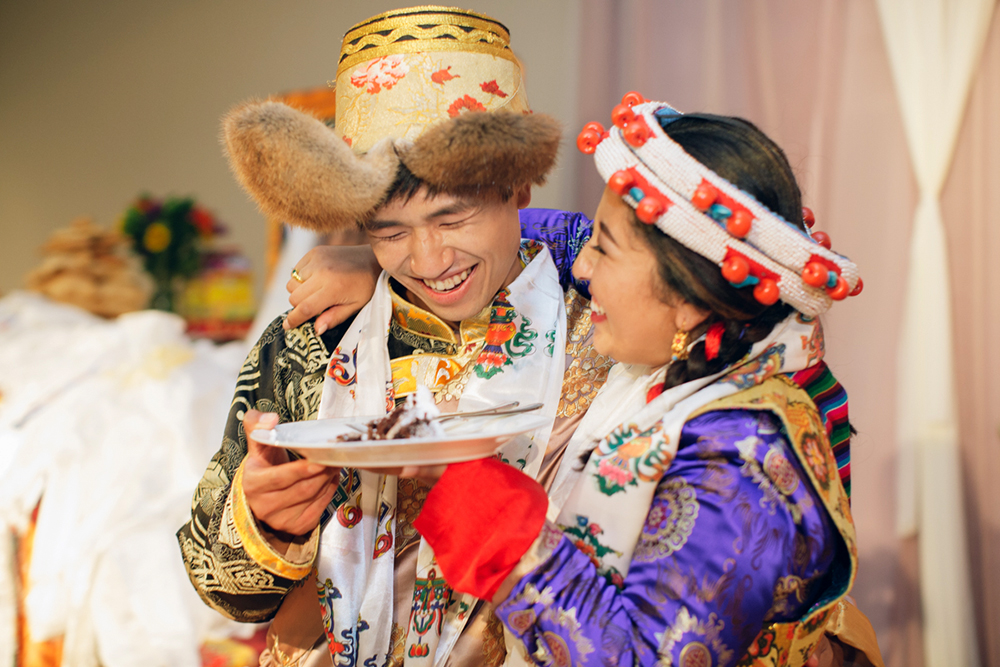 Tibetan couple during their marriage.

It can be used to special events like marriage, birthdays, New Year, farewell and safe journey, welcome home, honour celebration of events and happenings, death ceremony and another day to day events in life’s journey. On these occasions, you can offer khatas around the neck of recipients provided they are not from the first category, or lay it over the body, in the case of someone who is deceased. 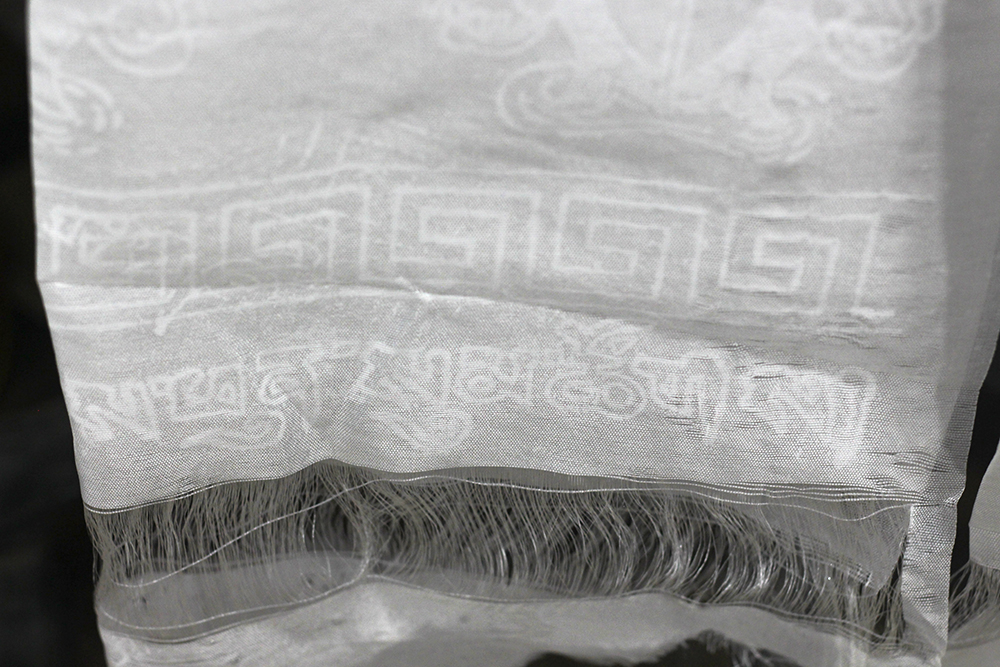 Khata is usually made of silk, though there is no any standard dimension, mostly it will be a little more than two meters in length and about one-quarter of a meter in width. However, Khata sometimes can be very long. While white colour Khata is more popular, it comes in colour as well. In terms of pattern, it can be plain as well as with imprints of eight auspicious symbols of Tibet to carry the message of good wishes and prayers.

While it is suitable to use Khata on any kind of occasion or offer it to anybody to express your good wishes.

Khata originated from Tibetan culture, and subsequently, the beautiful tradition got adopted by several other countries like Mongolia, Bhutan, Nepal and some part of India where the influence of Buddhism and Tibetan culture can be observed.